For thousands of years, the West Windsor area featured meadows, forests, and creeks. However, by the mid-1700s, colonial settlers - the successors to the area's indigenous Lenni Lenape - began settling the area and established farms stretching as far as the eye could see. This agricultural landscape largely prevailed until the last quarter of the 20th century, as the town's population skyrocketed (from ~6,400 residents in 1970 to ~30,000 in 2022). Recognizing this trend, a variety of public and private conservation efforts, such as the "Green Belt" (a network of preserved wildlife and wetland area) were established.

In 1993, a referendum approved West Windsor's first "Open Space Tax." The next year, the township approved a proposal to acquire 91 properties across town (this list later grew). In 1995, the first acquisition was the 93-acre Grover Farm (348 Village Road East) for $3.44 million parcel. The year following, Friends of West Windsor Open Space (FOWWOS) was established to help the town acquire these properties and fulfill several other fundamental conservation and community goals.

In large part due to FOWWOS' efforts, West Windsor residents enjoy farmland, and nature preserves - which collectively constitute over 50% of West Windsor's land area. Although in 2022, most large parcels have been acquired, there is still much to do. View the 2 images below (from our January 2021 newsletter) that highlight other important points in FOWWOS' history, and please consider joining us to help all West Windsor residents. 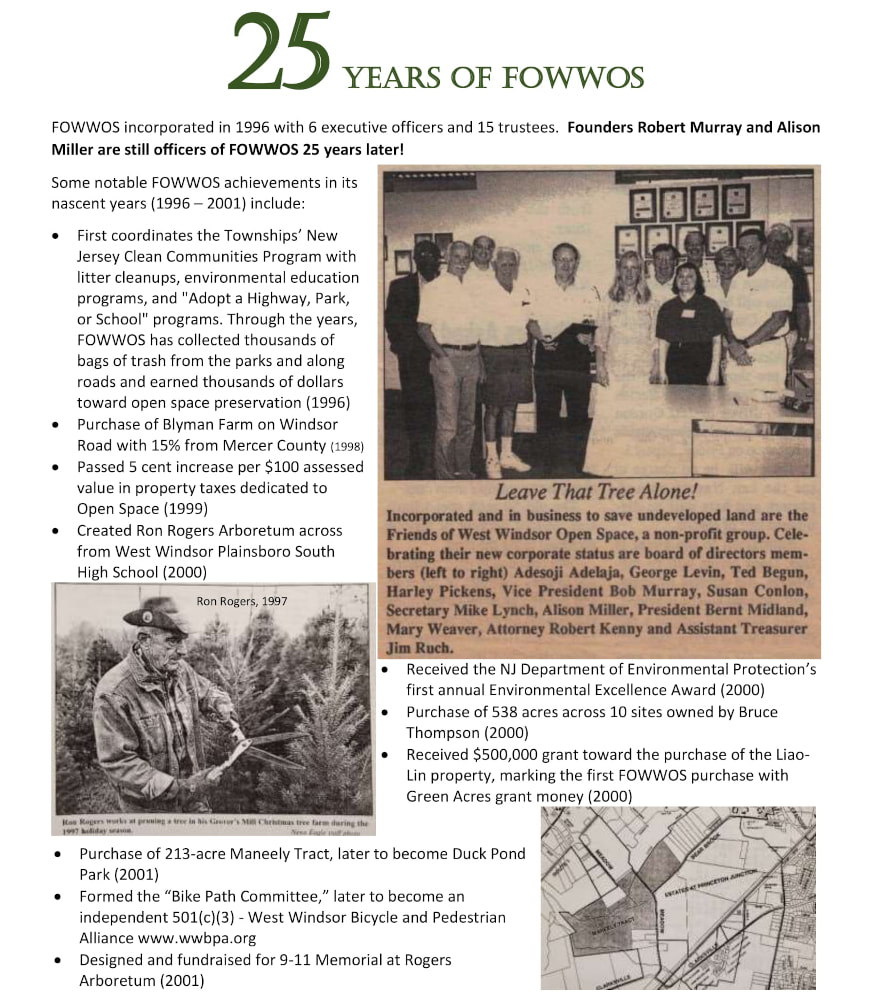 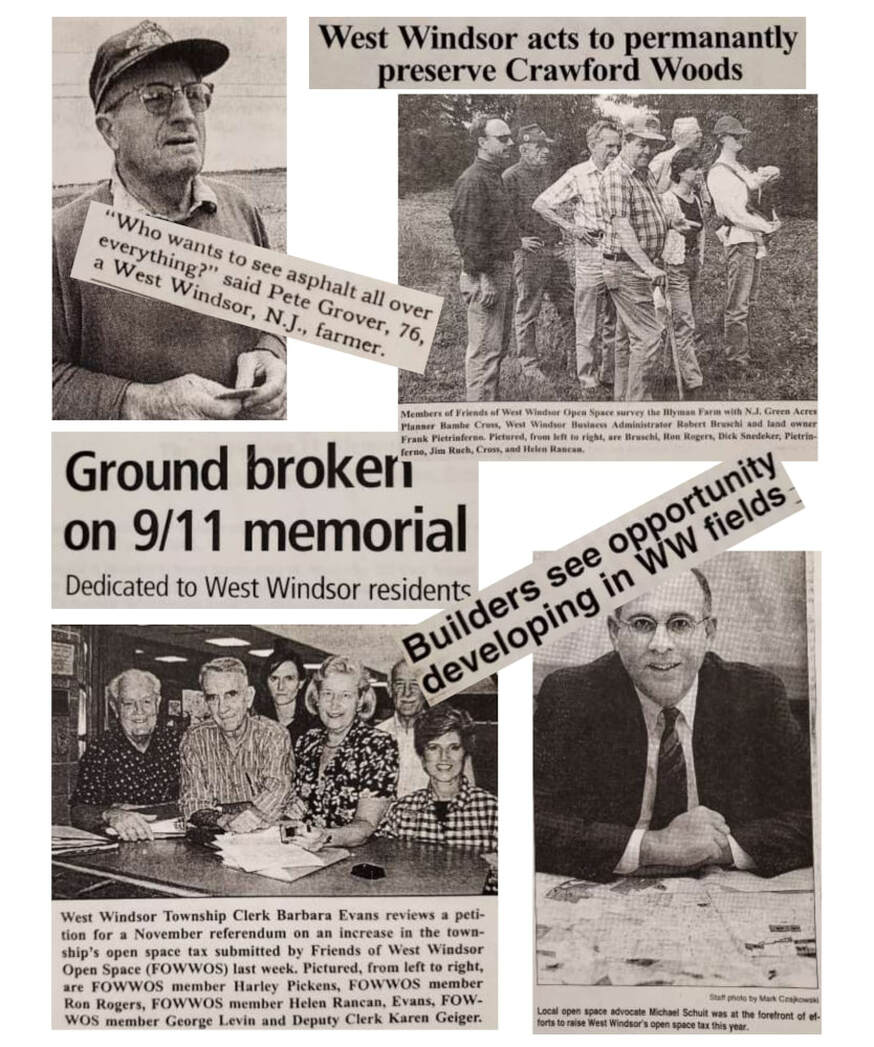